This thing titled Twitter, was tempting in two thousand and ten, but I turned away;
no tolerance for tawdry tittle-tattle.
Seemed to be for tools and temptresses, trumpeting their tantalising treats to toadying troops with trite remarks and toxic tirades - transformed tranquillity to a need for tranquilisers and therapy.

Time passed.
No longer trivialised.
A twinge of envy for the aficionado’s ability to tweet trillingly, tapping out taut messages like a timpani.

Will I be able to traverse the tricky, twittery trail without falling into a trap?
Training wheels attached!
Now to transform this trajectory into tentative, tweety things.


Of course I couldn't resist sharing some birds
depicting different styles of Tweeting!
.
Posted by Sue at 2:38 PM 7 comments:

but sitting by the Brisbane River, enjoying my lunchtime picnic during the Happiness conference, observe with 'mindful' seeing eyes.

Saw instead of gangly awkwardness, a beautiful bird, bright eyed, with delicate plumes and elegant beak, displaced from its natural habitat of swamps and wetlands, suffering from the devastating effects of drought and flood, unable to forage there for insects, and other creepy crawlies. Makes the most of a lazy feed of picnic scraps. Leave their poop

and own this space. 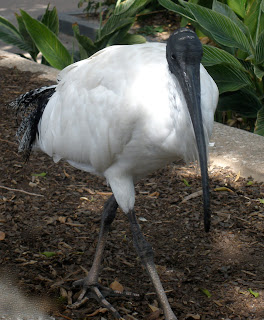 to settle in a far off land. Grieving, loving, thoughts are sent back,
helpless to do otherwise but be with you in spirit.

This vicious act rips at the face of fragile, precious peace. Beauty and young lives violated, a chilling nightmare for all concerned and all watching; horrified, sickened, repulsed.

No knee-jerk reaction.
Shaken and shattered - yes, but wise counsel still; calm and measured. A way to respond to terror without resort to heated passion and vengeance.

A beacon of hope in this troubled world. 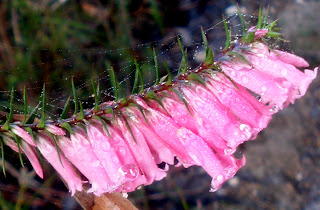 Just the right height to scrape at summer-bare legs, and drop dry leaves into gaiters and socks,
to work their way down into well laced boots,
irritating, itchy, till you stop and empty them out … 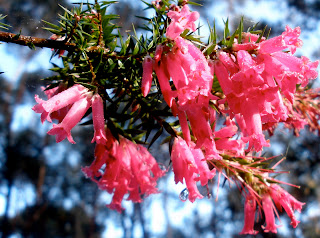 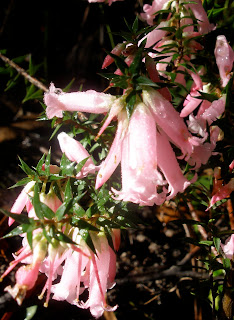 Keen, silent, watchful.
Swoops suddenly.
Beak clacks as he wheels back to his morning haunt to whack and gulp a tasty morsel, recently living, already changing form to become his source of energy.

The morning birdsong fills the air, rises to a crescendo that for a while becomes deafening.

In the distance, sunlight begins to creep.
Pauses momentarily.
Jumps.
Zig-zags tree to tree.
Illuminates trunk upon trunk; advancing in fits and starts.
Pauses again, then leaps across the nearby creek, gathers momentum and continues its inexorable advance.

*I can't believe I forgot to take a photo of the kookaburra on breakfast watch.

I'll be back in a couple of weeks as I am unlikely to be have internet connection on the journey home. The plan is to return to Victoria via western NSW.  Hope to see you back here then.

The wood duck unaware of imminent danger pecks happily at grubs in the grass. A sea eagle soars, a mere speck far in the blue sky.

A shriek of alarm stirs the birds from their grazing, they scatter frantically to seek sanctuary from the predator. The duck, temporarily blinded, takes off with gusto. Then careens headlong, heavily into the tin shed with a loud thump. The sound reverberates through the campground.
Crashes heavily to the ground.
Appears dead ...
staggers, dazed, confused and tries again, more successfully.

Safe for the timebeing.

*Blog break activities on the trip to the Happiness and its Causes conference in Brisbane June 2011. You can read about the conference here.
.
Posted by Sue at 5:22 PM 5 comments:

A pest of Suzuki’s
Pepper the remote camping ground with perky sputterings.

After beer and animated discussion, is jacked up all askew, like a horse with one leg up, waiting for its foot to be shod.

Later, much later, as beery shenanigans win over respect for fellow campers
the irritating visitors and their vehicles bounce jauntily across the tussocky grass.
Play follow the leader.
Dip and drink at the creek crossing.
Rattle up the other side, leaving parallel tracks of dampness to explore places further afield.

Leaving us once again to drink in the solitude.


*Blog break activities on the trip to the Happiness and its Causes conference in Brisbane June 2011. You can read about the conference here.
Posted by Sue at 10:28 AM 4 comments: